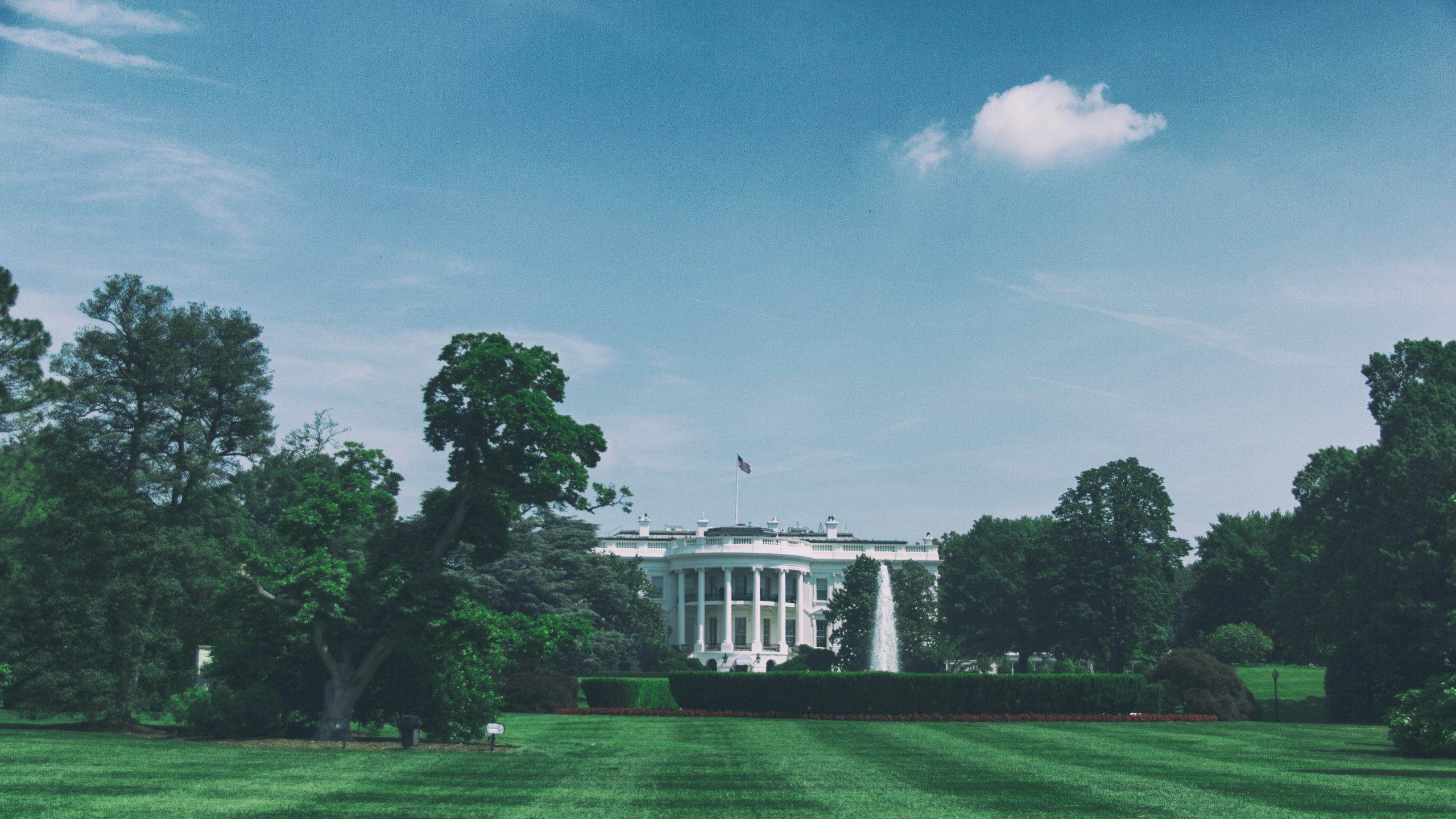 A New Administration in Washington: What Tax Changes are in Store This Year?

For the first time in thirty years, enactment of comprehensive tax reform legislation is a realistic possibility. President Trump has made tax reform a central goal of his new administration, designating simplification and lower tax rates as key drivers of economic growth. In this effort Trump enjoys the vigorous support of the Republican leadership in Congress.

This white paper discusses the proposals for tax reform, the barriers that must be overcome to permit its enactment, and the likely tax changes investors will encounter when all is said and done in 2017.

Why is tax reform so hard?

“Tax reform” typically has two primary goals: simplifying the tax code and reducing tax rates. On their face, these goals are not terribly controversial. Virtually everyone agrees the tax code is far too complex, and most people approve of lower tax rates, at least for middle-income taxpayers.

Yet it is said in Washington, “tax simplification is complicated stuff.” (The quote is from Pamela Olson, former assistant Treasury secretary for tax policy.) The last time Congress reformed the tax code was 1986 under the Reagan administration.

The challenge in tax reform is not so much reaching consensus on the need for simplification as it is assuring that the reform changes do not reduce significantly the revenue the government derives from the tax system. The House leadership in particular is concerned about the burgeoning federal budget deficit and has made clear that reform legislation should strive to be “revenue neutral”.

Standing alone, a reduction in tax rates reduces the revenue generated by the tax system. Thus, most observers agree that reform can be revenue neutral only if the lower rates are joined with a broadened tax base, accomplished by eliminating or curtailing existing deductions and exemptions. All deductions and exemptions – including the most entrenched and most popular – are put on the table for possible change. But each deduction and exemption benefits a particular group or economic sector that does not want to see it taken away. Objections from these affected groups make the passage of comprehensive reform a political challenge.

The White House and Republican leadership have focused on two ways to alleviate, at least somewhat, the need to include unpopular revenue raising provisions in the tax reform proposal.

Trump has set out forcefully the case for dynamic scoring. He posits that allowing individuals and businesses to keep more of their earnings stimulates the economy, as businesses use the retained funds to hire and grow and individuals use the additional wages they receive to purchase more consumer goods. This economic growth in turn raises taxable income and thus tax revenue, recouping at least some of the revenue lost from the reduction in tax rates. Treasury Secretary Mnuchin has even asserted that “the [tax reform] plan will pay for itself with growth.” Washington Post (April 20, 2017).

Although most economists agree that lowering tax rates engenders some economic expansion, there is wide disagreement over how much revenue the expansion generates relative to the revenue lost from lowering tax rates. See University of Chicago Initiative on Global Markets (May 2017) (no economists surveyed believe resulting economic growth will pay for proposed tax cuts). Federal deficits grew in the wake of the major tax cuts enacted under Ronald Reagan and George W. Bush, suggesting that the revenue generated through expansion was insufficient to achieve revenue neutrality. Of course, attributing a growing deficit to a single cause (tax rate reduction) in a complex multi-factor world where spending is not static is an uncertain enterprise.

There is no question that the use of dynamic scoring is a large part of the Republican legislative strategy. Our guess though is that the JCT, even if it uses dynamic scoring, will conclude that economic expansion alone will not make tax reform revenue neutral. Thus, we expect Congress will have to consider curtailing deductions and exemptions to offset at least some of the revenue lost by the reduction in tax rates.

Why does the order in which Congress takes up these apparently unrelated pieces of legislation matter? The answer is that the ACA reform legislation would eliminate the additional taxes imposed by the ACA, such as the 3.8% surtax on investment income earned by affluent families. Repealing those taxes before the tax reform debate lowers the existing revenue baseline that tax reform must match. Conversely, if Congress does not pass ACA reform, then the ACA taxes must be eliminated in the tax reform legislation itself, generating an additional revenue loss that must be recouped through controversial curtailment of more deductions and exemptions. Addressing health care reform first thus reduces the need for some revenue-raising changes and bolsters the feasibility of completing tax reform.

Last July, the House leadership issued a “blueprint” for comprehensive tax reform. More recently, the Trump administration released its own outline. Although there are differences, the two proposals have much in common.

Trump’s plan calls for the following changes to individual taxes:

During the presidential campaign, Trump, along with eliminating the estate tax, proposed eliminating stepped-up basis for joint estates exceeding $10 million. The new administration proposal and the House blueprint are silent on this issue.

For businesses, Trump’s plan calls for:

Many observers believe a 15% rate will be difficult to achieve on a revenue neutral basis. The House plan calls for a 20% corporate tax rate and a 25% tax rate on business flow-through income.

To avoid this tax, U.S. multinational companies are leaving trillions of dollars in earnings offshore, where they cannot be invested in the U.S. economy. Trump is proposing permitting (or perhaps requiring) offshore subsidiaries to repatriate existing offshore earnings at a reduced tax rate. Although his proposal does not specify a rate, most observers think it would be in the 5-10% range. This “repatriation holiday” accomplishes two goals: providing more funds for investment in the U.S. economy and raising additional tax revenue (because as a practical matter the U.S. will never recoup the nominal 35% tax on offshore earnings).

The House tax reform blueprint also includes a controversial “border adjustment” provision to promote U.S. competitiveness and raise revenue. Under this proposal, U.S. businesses that sell products directly from the U.S. company to an overseas purchaser (that is, without use of an offshore subsidiary) could exclude the resulting sales income entirely from U.S. tax. Conversely, U.S. companies would not be permitted to deduct amounts paid to foreign suppliers. Because U.S. imports greatly exceed exports, the border adjustment proposal raises significant revenue.

Border adjustments would be a boon to U.S. exporters. But the proposal would cause a substantial increase in taxes paid by companies that rely on imports. For instance, many retailers import products manufactured in other countries for sale in the U.S. Under this proposal, a retailer would get no deduction for payments made to purchase products wholesale from a foreign manufacturer, and thus would pay U.S. tax on the full retail sales price. Trump’s proposal is silent on border adjustments; the White House says it is under consideration with possible changes.

In addition to the above, the final tax reform proposal likely will include a series of “loophole closers”, less controversial tax changes to curtail what many members believe are unduly generous tax benefits that may be eliminated in the name of revenue and simplification. Examples of loophole closers could include:

Prognosis for Tax Legislation in 2017

With their sweeping election victory, Republicans can pass tax legislation this year without Democratic support. Normally sixty votes (and thus some Democratic support) are needed in the Senate to overcome a filibuster and pass legislation. However, Congress has adopted a procedure, called “reconciliation”, which if followed permits the Senate to pass most spending and tax legislation with a simple majority. House Speaker Paul Ryan already has said he plans to use this procedure to pass much of Trump’s fiscal agenda, including tax legislation.

Even with only one party involved, however, passing comprehensive tax reform is a prodigious task for the reasons discussed above. Although passage is far from assured, we believe there is a reasonable prospect that Congress will pass tax reform legislation this year.

Investors must keep in mind that tax reform is not an unalloyed benefit for everyone. There will be winners and losers, as changes to deductions and exemptions fall unevenly across economic sectors, businesses, and individual taxpayers. For instance, companies doing business abroad could be helped or hurt, depending on whether they import or export product. Investors must keep a close eye as reform legislation progresses to determine which sectors could lose tax benefits in the name of lower overall rates.

If the Republicans are unable to agree on full-scale tax reform, we believe that Congress will abandon the sweeping goal of simplification to pass streamlined legislation that simply reduces tax rates. It would be too embarrassing for the Republicans, having assumed control of Congress and the White House with the promise of lowering taxes, to pass no tax relief legislation at all this year. This tax rate reduction could be offset somewhat with uncontroversial loophole closers but would be supported largely by an appeal to dynamic scoring. There is even a reasonable chance that lower tax rates could apply in part retroactively to the beginning of 2017. If dynamic scoring overstates the rate of future economic growth, however, tax cut legislation standing alone could further increase future deficits, retarding economic growth farther down the road.

Andrew H. Friedman is the principal of The Washington Update LLC and a former senior partner in a Washington, D.C. law firm. He and his colleague Jeff Bush speak regularly on legislative and regulatory developments and trends affecting investment, insurance, and retirement products. They may be reached at www.TheWashingtonUpdate.com.

The authors of this paper are not providing legal or tax advice as to the matters discussed herein. The discussion herein is general in nature and is provided for informational purposes only. There is no guarantee as to its accuracy or completeness. It is not intended as legal or tax advice and individuals may not rely upon it (including for purposes of avoiding tax penalties imposed by the IRS or state and local tax authorities). Individuals should consult their own legal and tax counsel as to matters discussed herein and before entering into any estate planning, trust, investment, retirement, or insurance arrangement.

The opinions expressed in this article are the author’s own and may not reflect the view of M Holding Securities or WealthPoint, LLC.

Estate Plans and Succession Plans … Same Thing, Right? Not on Your Life!

Selling Your Business on Your Terms
ESOP – An Alternative Exit Strategy

Selling Your Business on Your Terms ESOP - An Alternative Exit Strategy By Frank Caputo When faced with the decision to keep or sell your business, the unknown world of…
Read More
March 15, 2022 in Exit Planning, Family Business, Know your story, Succession Planning, Tax

Aesop … ESOP? This Succession Tool is No Fable The Power of a Minority Interest ESOP in an Exit Strategy By Michael Kenneth Aesop was a slave and storyteller who…
Read More