Recently, Ryan and Tim were asked by STAFDA, a large national trade association we have spoken to, to write an article for their upcoming trade magazine.  This article highlights the impact of collaboration with an entrepreneurial family group and their advisory team.

Please click the link below to view the PDF file.

In order for you to confidently move forward with big decisions in a manner you haven’t previously, you need an approach that invites three key dynamics into the room: your entrepreneurial spirit, the relational factors unique to closely-held or family business and the technical aspects of sound planning. You have to get to that point of instinctual clarity about how you’d like your story to play out from here forward.

However, your advisors also have a responsibility to know your story. In order to do this, there must be a process that allows them to take the time and have the respect to hear the full story of all the stakeholders in the planning process before recommending any action. You need to learn how potential planning will affect their lives; how they make decisions and the motivations they bring to their role. Sometimes people just need to be heard. Yet sometimes they have a legitimate issue that will impact the plan. I believe it’s imperative to get all the necessary players into the arena and on the team at the onset. Anything else is inefficient.

So how do you do this? You do it through deep discovery with all key stakeholders – meaning anyone who’s going to be affected by decisions you will make either financially, emotionally or from a business perspective. This can include: spouses, business partners, key employees, active and inactive children, key advisors, bankers, key business relationships and more. It’s the people part where most if not all planning processes get derailed, technical solutions come later.

Once this deep discovery is complete, the findings should be organized and distilled down into a document that outlines ten to twenty of your macro goals. These are goals and objectives that absolutely cannot be violated, period. Regardless of the effectiveness of a strategy, if it violates one or more of the macro goals, it should never be presented for consideration. This will keep you on track and provide you with benchmarks for measuring success.

Next, you must embrace a process that allows advisors to truly collaborate. Some families feel that bringing advisors together for group meetings may increase fees. Ironically, if organized properly the opposite occurs. With communication occurring real-time amongst all parties, better ideas are formulated in less time, often reducing fees, taxes or other expenses. The team arrives at more relevant solutions faster and there’s less chance of one person’s style driving the result.

Last but not least, do not try to do this yourself! It’s hard enough to run your business, but doing it while managing a complex process with so much at stake is nearly impossible. As soon as the process diverts your attention from what makes you money, you’ll table the subject until the “right time” which never comes. Procrastination can cost money and more important, it limits your choices. Hire a professional with a multidisciplinary background. Make sure they have the capacity to understand all the dynamics at play (entrepreneurial, relational and technical), and will hold all the accountable parties accountable.

In our previous articles in this series we discussed the entrepreneur’s need for a decision-making process versus a planning process. Furthermore, we covered the fact that good decision-making is governed and grounded by gut instincts. So what prevents us from making decisions? What enables us to procrastinate and kick the proverbial can farther and farther down the road?

We often seek out or are offered help with succession and exit planning without a process to gain clarity on the following: the relational factors that are unique to closely held business, the operational needs of the company and a way to see all of this transpire numerically.  We believe the primary reason most plans never get off the ground is that they are driven by solutions or the technical aspects of sound planning.  Tax and legal advisors are attempting to solve the income and estate tax issues along with ownership succession matters.  The technical or tax tail begins to wag the dog.  Before you know it, you become overwhelmed with solutions that fail to address some of the basic needs that are at play in the back of your mind. Instinctually, you know there is more to the puzzle.

Below is a list of common reasons we see that most plans fail:

Without a process to avert one or more of the above, smart people might move forward in planning for a little while, but when it comes time to execute, they back away from the table. There’s simply too much at stake with their wealth, their business and their relationships to risk faltering.

In our next article, we will define the components of a successful planning process to avoid the pitfalls above and describe how to get started. 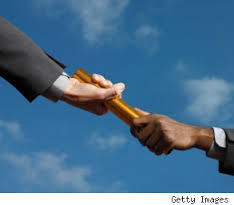 The only way a company and current leaders can grow is through embracing a culture of succession. This must be initiated and modeled by senior leadership. Individuals must check their ego at the door and look to find the next generation of leaders. Some companies do this naturally while many others often operate with star players in a very fragile organizational structure.

Let’s address each level of succession. Management succession is a process that allows for the growth and development of emerging talent in an organization.  Managers must look at the situation like this: “In order for me to grow, I must find my successor.”  Weak individuals may shy away from this while strong team members will embrace it. The cream rises to the top.

Relationship succession is a crucial and often overlooked piece of the puzzle. Organizations often ride on the backs of strong relationship managers.  You need to avoid and plan for problems that could be crippling if one of those people should leave, get sick, die or quit.  It’s a process, not an event.  A conscious effort must be made to bring new faces into key relationships to shore up the problems that could exist if not addressed.

What makes a company great is its culture. Culture is the vibe or beat that any organization marches to and is driven by strong leaders.  In order for a company to stay great, it must stick to the recipe that got it there in the first place. Culture is driven, fostered and controlled by strong leadership and must be backed up by an undying commitment to mission and vision.

Last but not least, leadership succession. This is something that the largest companies struggle with. In small, family or closely held businesses we need to remember that the “gene pool” is not always the deepest talent pool to pull from when searching for the next generation leaders. Leadership is earned, not bestowed. Furthermore, if you have an organization that has been driven by a dominant personality throughout its history, you may have to look outside of the organization to find a leader that will garner the respect and admiration of the troops. Promoting from within can be successful, yet in many cases it can be detrimental.

In our next piece, we will address the common reasons why most plans fail.

This is a complicated question.  We work with clients who own privately held companies and focus on the issues of family ownership, control, active and inactive siblings, as well as executive management and leadership development.  These are sensitive issues for a family.  Although we find many family businesses with strong next generation leaders, in some cases the gene pool may not be the deepest talent pool to draw from for successor managers.  Just because a business started out as an owner-manager-entrepreneur model doesn’t necessarily mean it will remain there.  Your family may need to migrate to an owner-investor or hybrid model.  A forum for open, honest communication must be established so that a plan that protects the business, the employees and the family can be designed and implemented.  WealthPoint has been successful as facilitators to help families work through some of these very difficult issues.

PHOENIX, January 18, 2011 – WealthPoint, LLC, a leading provider of succession, exit and wealth transfer planning to affluent clients throughout the U.S., today announced the acquisition of Phoenix based Liquidity Partners and a merger with Pivotal Financial. Terms of the deals were not disclosed.

“These transactions will benefit owners of closely held businesses in much the same way family offices have managed to organize and simplify complex matters for their ultra affluent families,” said WealthPoint founder, Ryan Barradas.  “We have effectively become a ‘Family Business Office’.”

Liquidity Partners, owned by Paul Harding and Tim Young, helped clients maximize the value of their privately-owned businesses and plan for their eventual exit.  “The three firms combine talents, resources and tools to create a process that helps entrepreneurs plan the same way that they think,” said Liquidity’s Harding.  “Entrepreneurs spend a lot of time talking about proper planning, but for one reason or another, it never gets done. We believe it’s because they’re presented with a planning process rather than a decision–making process.”

Pivotal Financial, owned by Michael Olson, provided comprehensive planning and financial services to self-made entrepreneurs for the past 13 years. “Self-made business owners are the best instinctual decision makers in the world, yet ironically, they can’t figure out what to do next,” said Pivotal’s Olson.  “By merging our processes, we help people address their financial affairs in the same manner they think through entrepreneurial choices. We cultivate their natural ability to achieve instinctual clarity.”

The acquisition and merger clearly strengthens WealthPoint’s ability to assist self-made entrepreneurs plan for the future.  Another key reason many clients stop short of taking action is a fear of what they’ll have to do next in terms of pushing all of the financial, legal and business aspects to fruition.  “We eliminate that complexity and replace it with leadership,” said Liquidity’s Young.  “We take project management responsibility far beyond the plan design and take accountability for maintaining The Pulse of Progress.”

Long-term planning is especially critical today as the “Baby Boomer” generation ages at a rapid pace.  For Boomer owners, the demographic clock is ticking.  Boomer demographics, the law of supply and demand, the state of today’s merger and acquisition market and the “Boomer Mindset” constitute the “perfect storm” for Boomer business owners.  There are opportunities if prepared to sell the business now and significant dangers if they delay.  WealthPoint is uniquely positioned to help this group navigate what lies ahead.